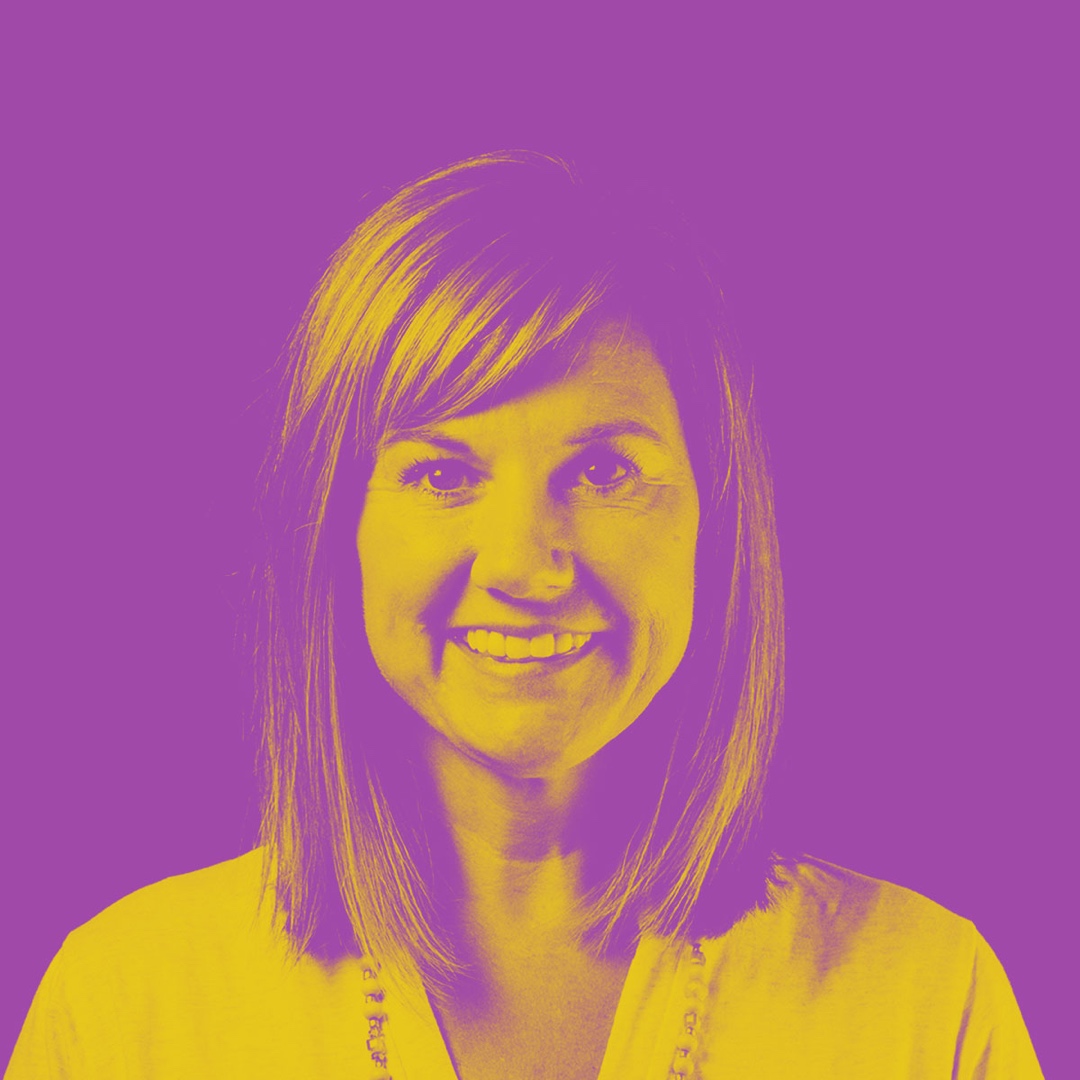 Flash Is Finally Ending, and It's Bittersweet

As we reach the end of the year, we're also coming to the end of life (EOL) for Flash Players everywhere, and it's a little bittersweet if we're being honest. Adobe, the company that owns Flash, announced back in 2017 that the end would be near for this particular program. And, just recently, the company put out a statement saying, "We will stop updating and distributing the Flash Player at the end of 2020 and encourage content creators to migrate any existing Flash content to new open formats." So, it's happening, for real.

Before we jump ahead to what's next, let's give Flash a little more time in the spotlight before we say our final farewell.

The Significance of Flash

For the first time in mainstream internet history, Adobe Flash Player provided a way for users to stream and view video, audio, and Rich Internet Applications (RIAs) on their computers and mobile devices. This was a big deal because back in 1995, when Flash was first created, pretty much all web pages were just static images and text. This stateless nature meant all online interaction was one-sided. It was like having a bunch of brochures sitting on a virtual rack waiting to be read and then put back, probably never to be seen again. Yawn.

Dreaming of an online experience that was, well, "flashier," a company called FutureWave created Flash 1.0. They originally called the software FutureSplash Animator, and it gave people a faster, more dynamic interaction like never before. Eventually, Adobe purchased the software and officially named it Adobe Flash.

Flash websites ruled web design at the turn of the millennium. From 2000-2010, Flash enabled designers and developers to deliver rich content over browsers, creating motion, interactivity, and impressive visuals. Online ads, games, and even entire websites were built using Adobe Flash. Well-designed Flash sites were the top contenders at award shows and were considered beautiful Photoshop masterpieces. And, because these sites didn't require too much bandwidth and loaded quickly, they weren't just pretty but also extremely functional for their time.

Flash provided such magical experiences that it almost made it to the big screen. In 2001, production began on what would have been the first Adobe Flash-animated feature film. The ill-fated Lil' Pimp, which also began life as an Internet series, was released straight to DVD in 2005.

Reminiscing for a Minute

Outside of Lil' Pimp, Flash gave us many other sentimental favorites, including Homestar Runner! Remember this hilarious character, along with the villain, Strong Bad, and the rest of the sarcastic crew who made this series the most original animated show on the internet? Homestar Runner was created exclusively in Flash and became a pop-culture sensation long before YouTube or social media as we know it ever existed.

Flash was also a significant tool for artists, game developers, musicians, voice actors, and writers who wanted to create their best work and share it on the web. Places like Newgrounds provided a hub for creators to not only share this type of work but also collaborate and become inspired by others.

There were Flash games such as Storm the House, Line Rider, and Tower Defense that gave kids exciting places to explore, play, and experience other worlds beyond their static television sets. You could say Flash was a part of an era when the internet felt new, fresh, and loaded with potential.

In a twist of irony, the software created to be the most inventive and interactive on the internet was replaced with newer technologies. Over the years, Flash's security, reliability, and performance issues were exposed, and it simply didn't evolve fast enough compared to open platforms like JavaScript and HTML5. Not only that, but Apple devices never officially supported Adobe Flash. That proved to be one of the most significant issues as iPhones and iPads took off starting in 2007.

Fast forward to today, HTML5 standards have been implemented across all modern web browsers, and the need for Flash just isn't there anymore. YouTube ditched Flash in 2014, and many browsers like Chrome and Safari have been blocking the player over the past year, rendering it pretty much useless.

Official support for Flash will finally come to a close on December 31st. After that time, users will no longer have the ability to enable or run Flash. This means the only chance you'll have to relive some of your online childhood memories will be to purchase archives on Steam. Yes, that's a thing.

Outside of the nostalgia, though, you probably won't feel or experience much of a difference. While 2020 marks the end of an era for Flash, most developers and web designers have been prepared for this day for quite some time. We certainly have at Matchstick. Flash had its heyday, and we're okay saying goodbye forever. Technology continues to change and improve, and so must we. As our friend Homestar would have said, "Onward, fwiends!"

If you happen to find yourself with an outdated site using Flash, or if you don't know if your site has Flash elements, contact us right away. We'll take a look under the hood and see how we can help. The good news is our team utilizes the most up-to-date technologies, so you won't be in this sticky situation ever again.

Kate Andersen: Kate is a creative leader with a talent for writing and passion for helping companies grow. She has spent more than 20 years in advertising helping some of the world's best-known brands. She has an in-depth understanding of how to connect with customers and build loyalty in today's ever-changing digital landscape.
Latest Posts
How Smaller Companies Are Crushing it with Customer Service Is Your Business Still Trying to Make it on Social Media? Can A Custom Website Be Built in a Day? Get Your Website in Better Shape for 2022 How Modular Orange Is Boosting Business for a Commercial Real Estate Firm How to Create Powerful Landing Pages this Holiday Season How to Get Your Side Hustle to Bustle 10 Ways to Improve Your Small Business Website Right Now Put Your Website to Work for Your Nonprofit Is Print Making a Comeback?
Read Next 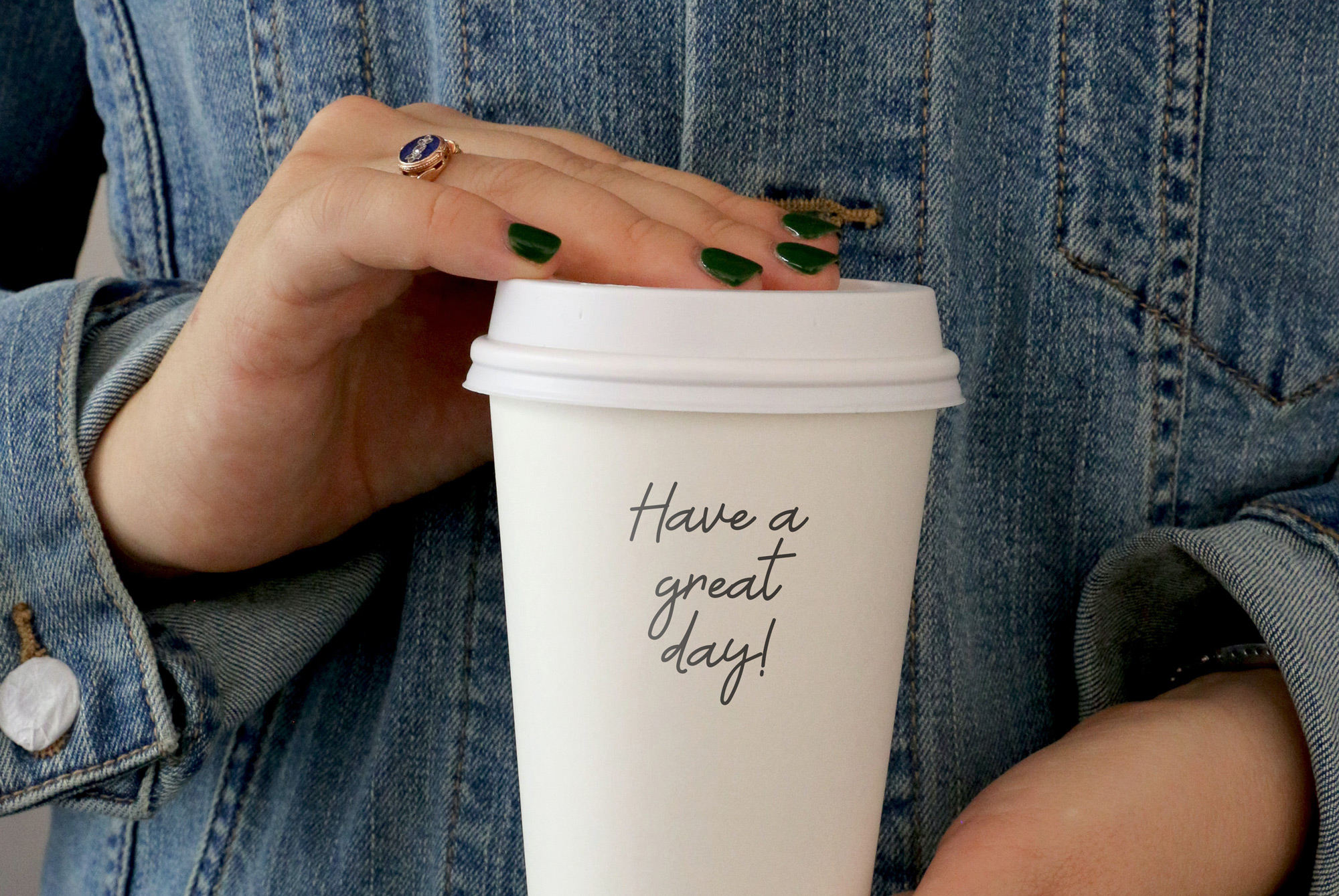 Kate Andersen   |   04.28.22   |   5 min read
How Smaller Companies Are Crushing it with Customer Service
If you've ever been on the dialing end of an automated answering service, you know how frustrating it is to have to "push 8 for product B." It's such a common complaint that SNL... Read More 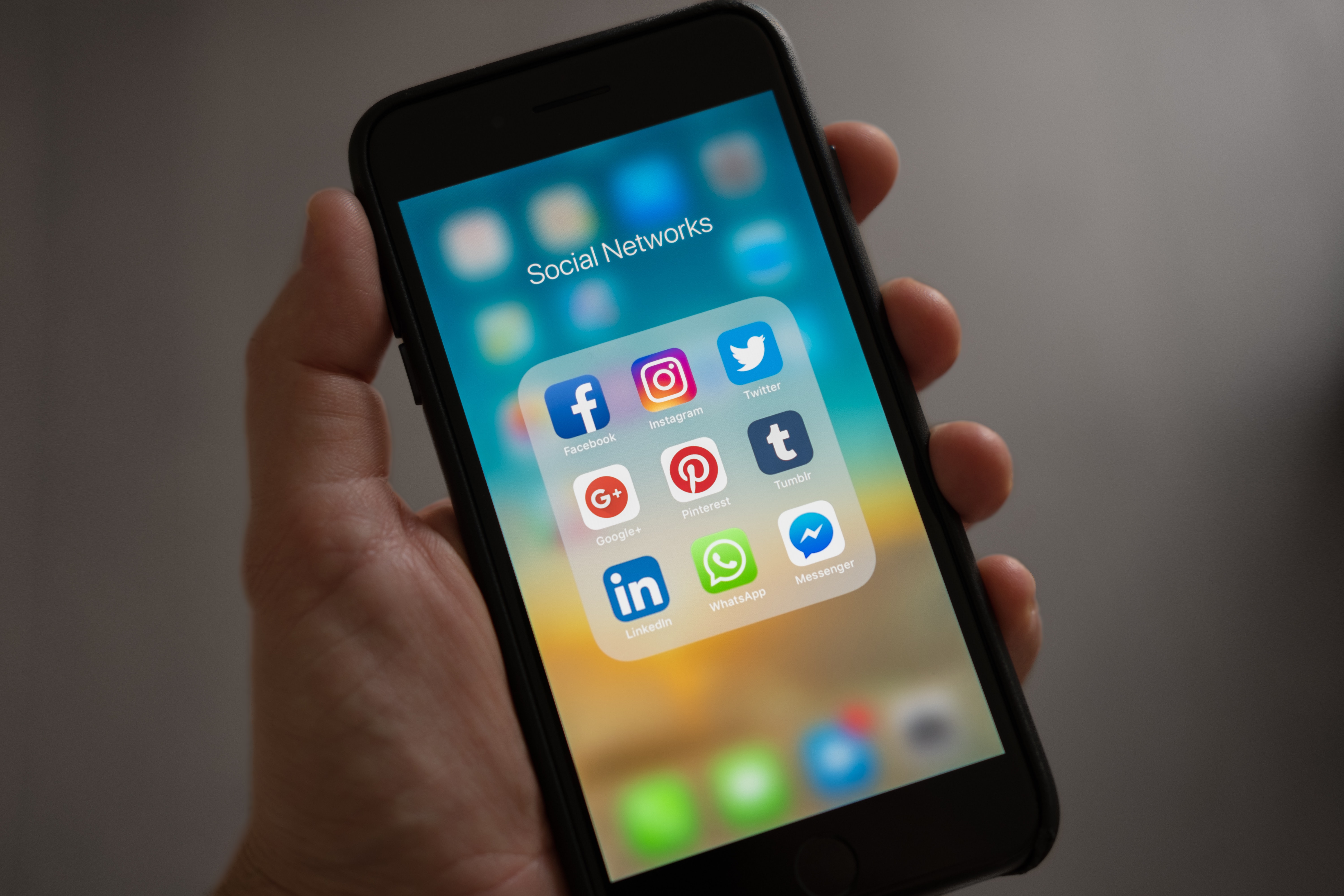 Kate Andersen   |   03.25.22   |   5 min read
Is Your Business Still Trying to Make it on Social Media?
Having social media accounts on platforms like Instagram, Facebook, LinkedIn, YouTube, and TikTok can offer a decent amount of credibility for a company. Once a person hears you... Read More 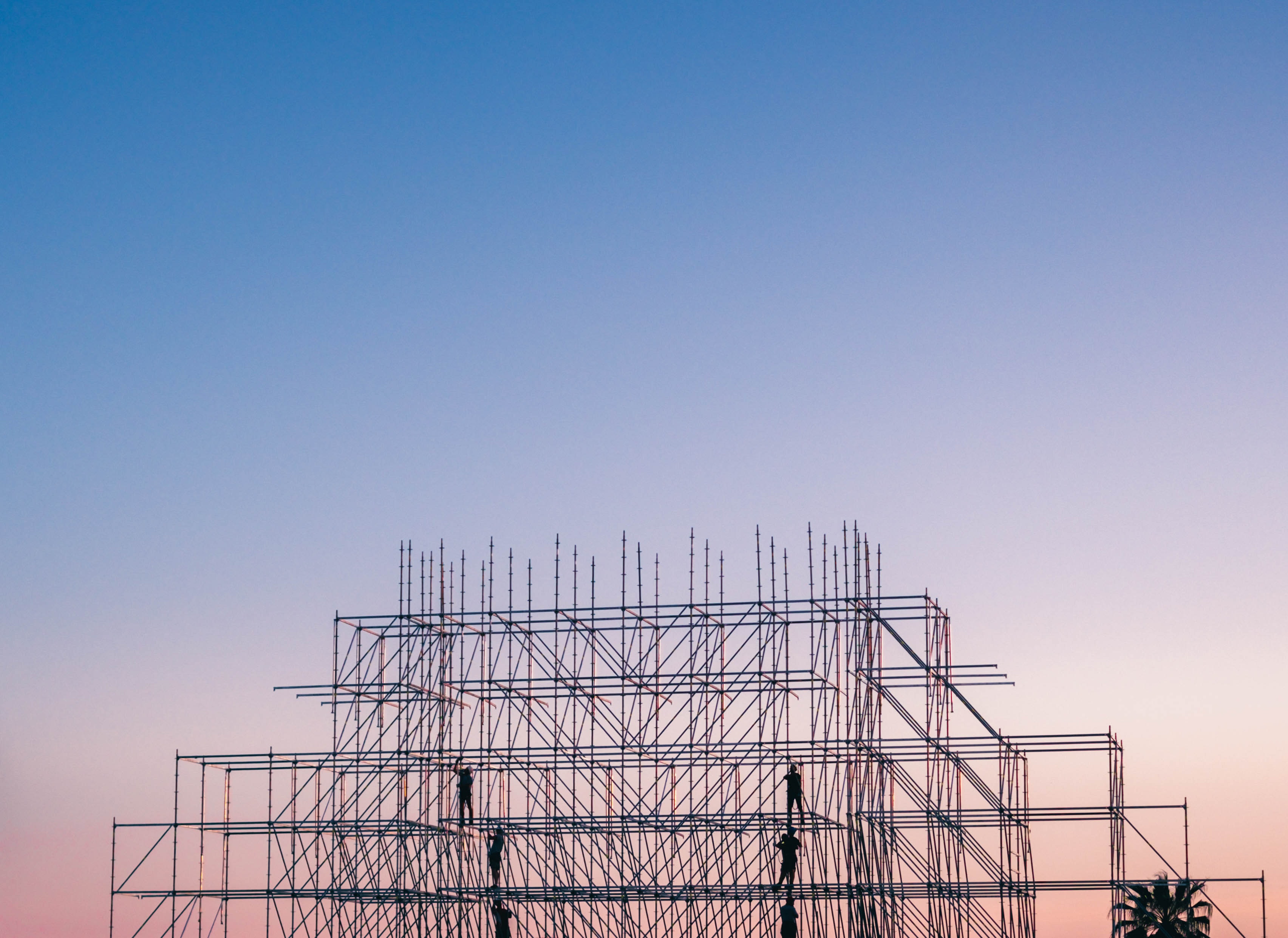 Kate Andersen   |   02.24.22   |   5 min read
Can A Custom Website Be Built in a Day?
If you're a client of Matchstick Studio, the answer is yes. More than likely, we can build a custom website for you in a single workday. In fact, we've done it for several busin... Read More 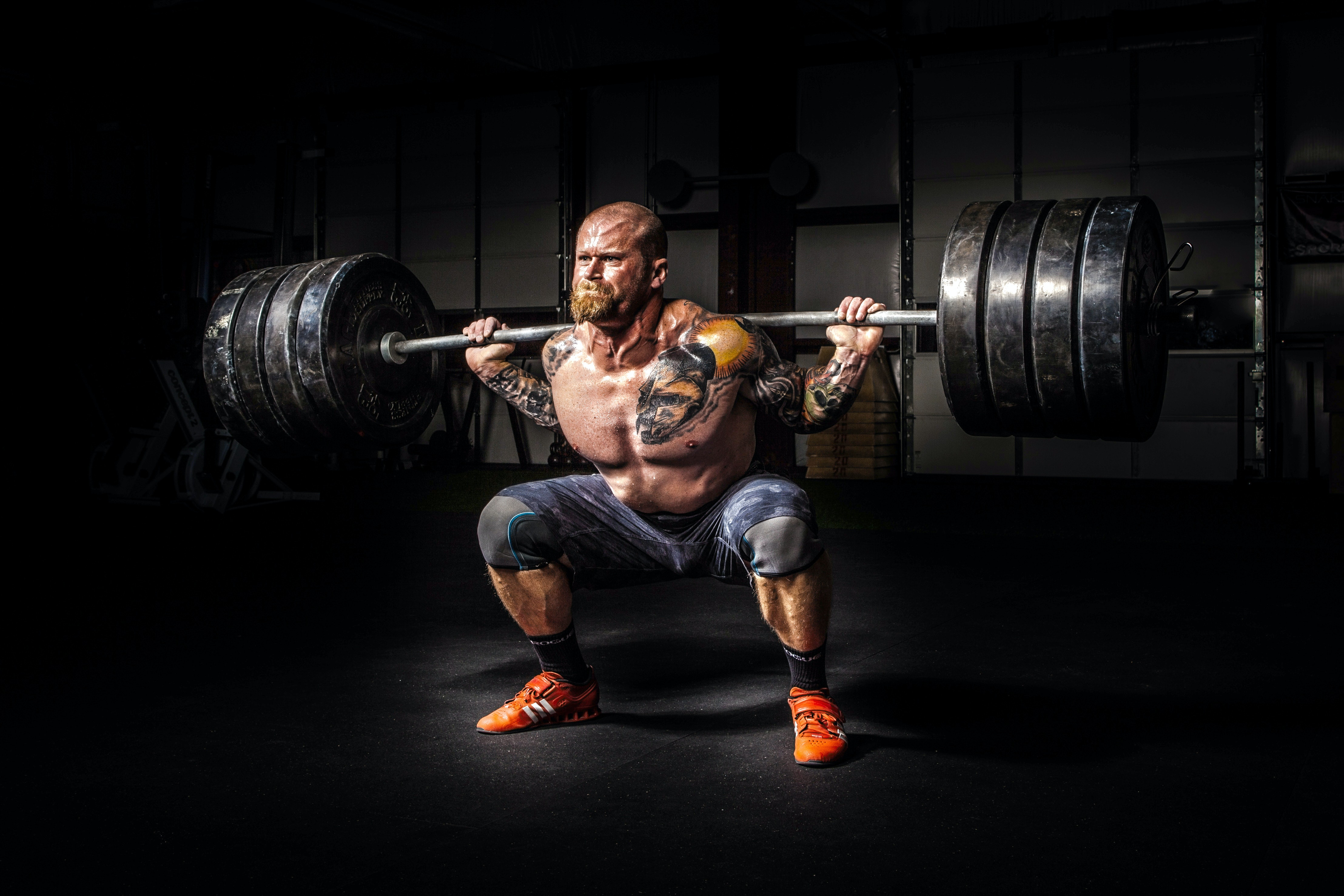 Kate Andersen   |   01.19.22   |   5 min read
Get Your Website in Better Shape for 2022
Whether you consider yourself a resolution person or not, pausing to ‘check yourself before you wreck yourself' has become a classic exercise at the drop of each New Year ball. ... Read More